I am not immune nor am I turning a blind eye to all the turmoil and pain the people in our country are suffering. But sometimes you need a break from it. Going out in nature can be incredible therapeutic (if you are near beauty and it is not on fire, smoldering or in ashes). AND… there is entertainment. A way to escape if you need and want.

Here is an escape. Enjoy.

INTO THE DARK: A Nasty Piece of Work Is a delightfully nasty piece of work.  It is not for those who want to watch a Christmas show full of good cheer.  This is biting, darkly funny and one hopes dreadfully disturbing.  Paul Soter’s script is wild, sharp and funny.   Charles Hood wonderful sense of comedy and tension never let us flounder as actors.  The cast all came ready, willing and more than able and we had a BLAST!  Kyle Howard, Angela Sarafyan, Dustin Milligan, Natalie Hall, Nico Greetham and Julian Sands are the best playmates.

Or just tune in now to Blumhouses INTO THE DARK: A Nasty Piece of Work on Hulu.

Just a P.S.  I don’t think I have ever had the privilege to play a character this big, this flawed, this outrageous in film or television before.  I loved the ride.

BFF’s will be premiering at the Santa Barbara Film Festival! Congratulations to Tara Karsian and Andrea Grano who wrote it, produced it and star in it! And congrats to me because I’m in it;)

So even though this weekend may be all about the Super Bowl for you (Hey, I’m gonna go to a Super Bowl party! Who’s playing?), you can help us by clicking here and liking the BFF’s Facebook page. Distributors look at all kinds of info (not just the quality of the film) to decide whether they will buy it and distribute it so the general public can see it. Wouldn’t it be cool to know you helped a movie get seen?

LOGLINE
Looking for a few days of vacation and amusement, two best friends pretend to be lovers while attending a couple’s weekend workshop.

SYNOPSIS
Kat and Samantha have been best friends for years. When Samantha convinces a reluctant Kat to take advantage of a couple's weekend retreat by pretending to be lovers, they're hoping for some time by the pool and maybe a few good stories. How hard could it be? Instead, they find themselves immersed in an intensive workshop with real couples who are fighting to save their relationships. As the "Closer to Closeness" weekend progresses, Kat and Samantha are made to face their own shortcomings and, by default, begin to believe their own cover story. When the lines of friendship begin to blur, they are faced with asking themselves: could it actually be there is something there or has this weekend just worked a Jedi mind trick on them?

But you can also come to Santa Barbara and watch the film because the show times don’t interfere at all with the Super Bowl! Here is the link to the Santa Barbara Festival. 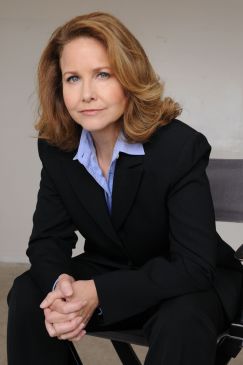