In December of 2012, after being in the business for 30 years, my agent of 15 years dropped me. It was a devastating blow. But had it not happened, I never would have made the changes I needed for my happiness, health and finances.

It had already been a terrible day. My agent’s call was the icing on the cake. As gently as she could, she said they no longer had any enthusiasm for me. It was a hard phone call for her to make, it was a hard phone call to hear. Upon hanging up I fell to my knees and sobbed… Keened actually. I gave myself 24 hours to wallow and wonder.

Then it occurred to me, how could my agency have any enthusiasm for me when I had none for myself? I would have dropped me if I had been my agent. In retrospect, I can’t believe they represented me for the past 3 years.

So I decided to pursue my second love… Yoga. I had already been teaching for 10 years, opening a Yoga studio seemed like the next logical, financially secure step.

Sounded good, sounded authentic. But it was neither. I opened the studio not out of love but out of fear. Fear is not an emotion from which to make a business plan.

I opened up my studio in the worst financial downturn in recent history. I then proceeded to reschedule countless auditions. I even canceled auditions. For all intents and purposes, I had abandoned my acting career. I had abandoned the one thing I had loved, brought me happiness and had always sustained me financially and spiritually.

Over the course of next few years, the Universe kept sending me little signs to let me know this whole situation wasn’t working. But I wouldn’t listen. Come hell or high water, I was gonna make the studio work. I taught too many hours for my body to recover. I spent too many hours scheming and marketing for my mind to recover. I was zapped and the studio still didn’t prosper. And my money maker, acting, kept limping along even though I gave it no thought, energy or attention.

And then finally, my agent dropped me. Now for some that may have seemed like a sign to give up acting. But instead, I used that rejection as a wake up call. I had to look within and see what I really wanted. I first looked deep into my heart. And then looked into my finances. They both were telling me the same thing. I had to give up the studio. I had to take a long and maybe permanent hiatus from teaching in order to get my business back on track, the business of acting.

I rallied. Immediately, with the help of my manager, I got another agent. I got myself back into an acting class. The universe blessed me with granting me a gig out of the blue for which I had not even auditioned. And now, as I begin the process of closing the studio, the jobs keep coming.

Sure I maybe middle aged woman, but there ARE roles out there! Instead of focusing on the lack of roles, I now believe I am going to get those roles. I have never operated out of fear in my life. But I have operated out of rejection. I love a good battle. I love proving people wrong. Rejection was what propelled me into this business and at 51 it is motivating me again.

I cannot thank my former agency enough. They worked really hard for me when I was with them. I got some wonderful gigs through them. But the greatest gift they gave me, was dumping me. It reignited my passion and my competitive spirit. And you need both if you want to act.

Rejection? Use it as a tool!

For more thoughts on rejection check out Risa Bramon’s article

I'm an actor doing my thing for over 30 years. I love it and don't see stopping anytime soon. View all posts by mollyhagan

4 thoughts on “The Power of Rejection” 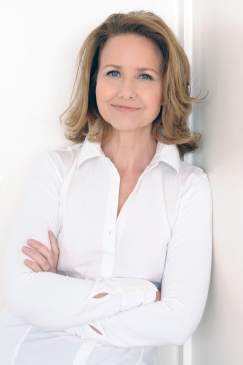